All posts by: "Hannia Flores"

The sun shows off

It’s magical to wake up at Tango Mar and to see the sun come up with a soft golden reflection on the palms in front of the window. To hear the crash of the waves. To step out onto the deserted beach and watch a lone bird fly just above the water, looking for a careless fish for its breakfast. To think of nothing else but the privilege of being here, as if the world were yours. 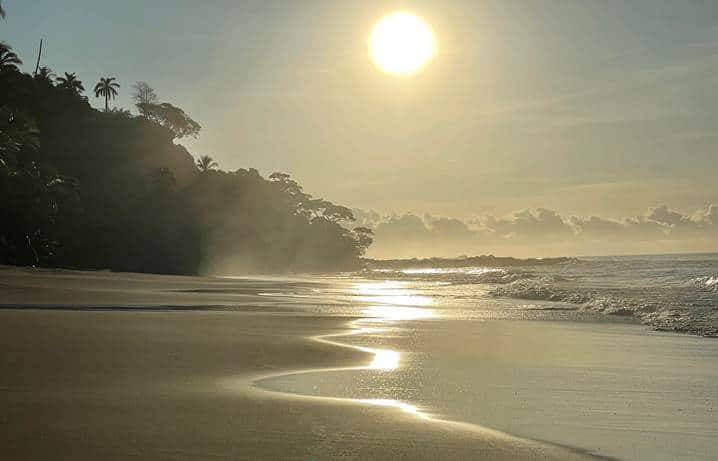 At Tango Mar, we go the extra mile to make your stay with us unforgettable. Our staff works hard so you really feel on holidays, and in our kitchen we prepare your meals with the best ingredients…and with lots of love.

However, the most special experience when here, we cannot organize or sell you. We give it to you for free: the enjoyment of sunrise on one side and sunset on the other side of the beach. The sensation of peace when hearing the sound of the waves. 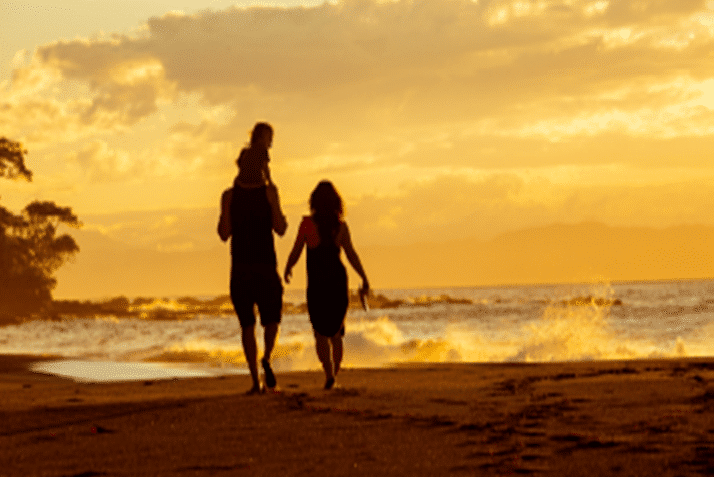 What we can sell you is a delicious coffee before breakfast, so you can enjoy in on the terrace and close your eyes, while the birds in the trees wake up and get ready to stare their daily concert, and little by little fill the day with life and joy. 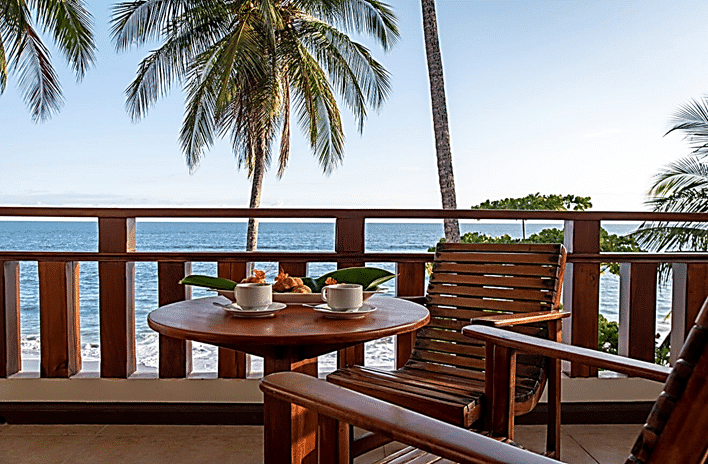 We can organize your day with activities for all ages and conditions, so you never forget your holidays with us. 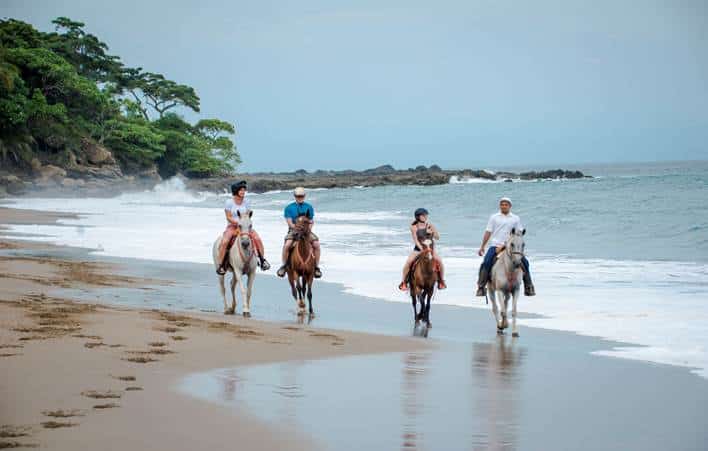 And for you to be back for the golden hour, when the sun slips down behind the mountain, in a spectacle of fiery colors that gradually fade to let the night pass. 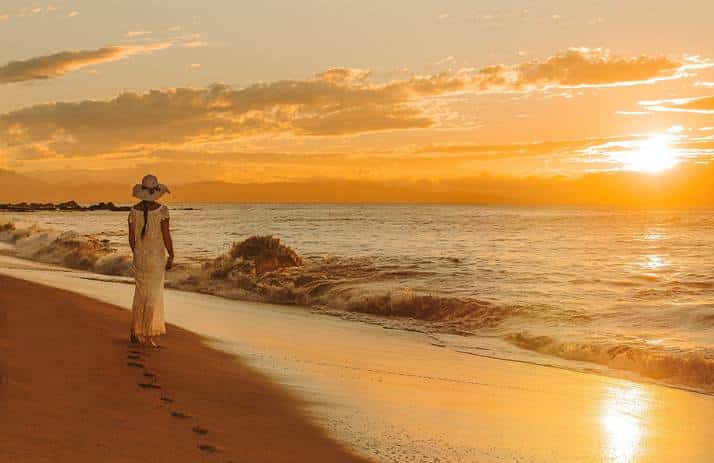 If you are lucky and the sky is cloudless, it is possible to see thousands of stars above the sea. And then, little by little, the sounds of the day vanish again, so you can fall asleep with no other sound than, once again, the crashing of the waves. 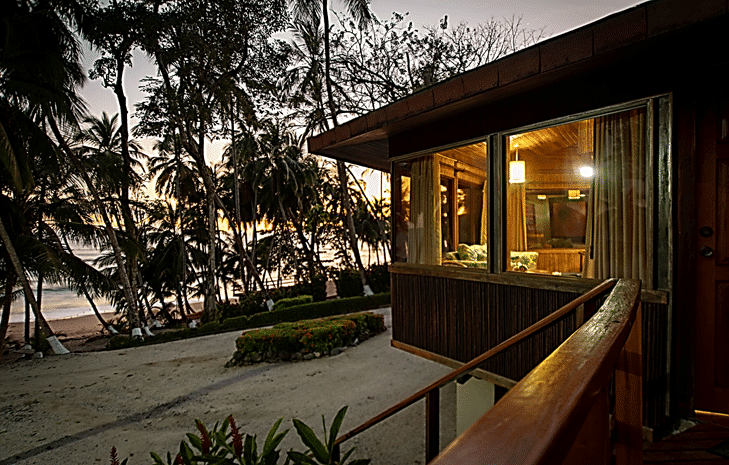 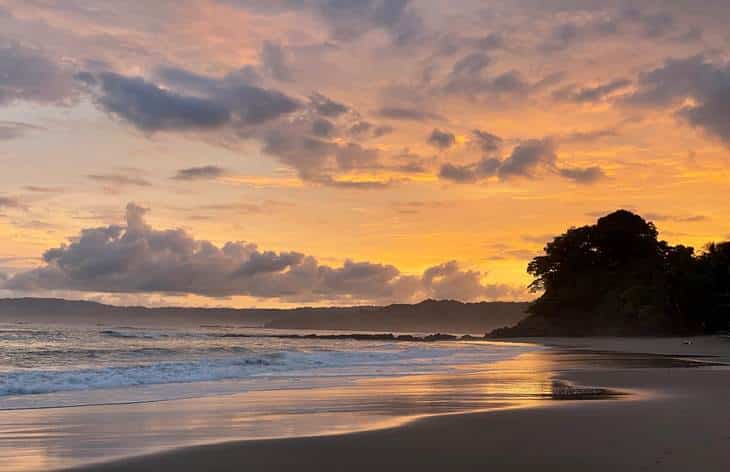 The scarlet macaw, ara macao or guacamayo – the name alone sounds like a latin dance – with its splendid colors, boisterous chatter and graceful flight speaks volumes to the imagination. And not just ours… 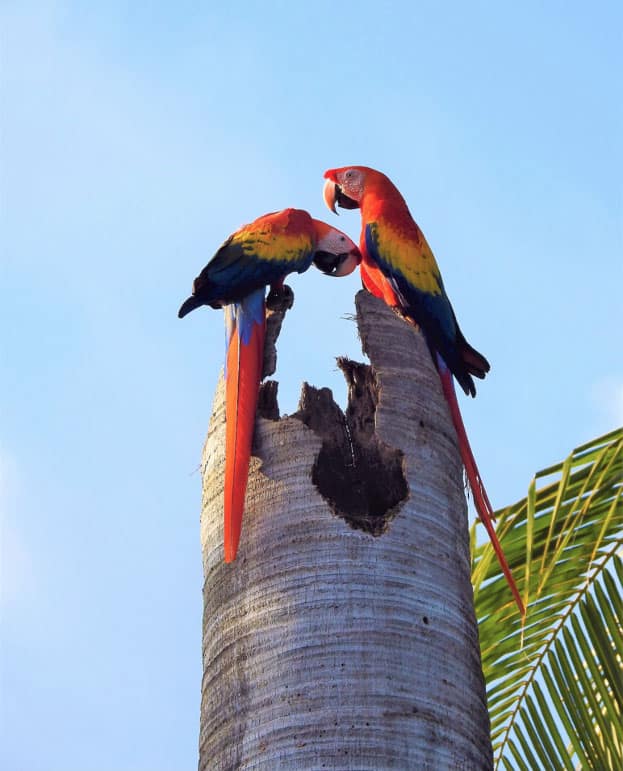 For the Aztecs, this bird was related to the sun, and its feathers highly sought after for elaborate headdress.

It was also the case for the Maya, who worshiped the plumage, which colors for them represented the sun and the sky. Many drawings on the Mayan ruins of Copán, Honduras, bear witness to the importance the macaws had for them. It impressed them so much, Honduras chose the bird as its national symbol.

Closer by, here in Costa Rica, for the Maleku people (indigenous people in the Guatuso area, Alajuela), the bird is sacred as it symbolizes the creation of the universe. Also, did you know the scarlet macaw is like the swan? It has only one partner in its entire life. That is why it is also a symbol of fidelity.

The scarlet macaw can be found in large parts of Latin America, from Mexico to Bolivia, and it seeks out the humid tropical rainforests near the sea or lakes. In Costa Rica, it was previously found on both coasts, however, now it is found almost exclusively on the Pacific side.  The biggest population in our country is found in Carara National Park.

Macaws can measure up to 80cm, from the tip of one wing to the tip of the other and weigh almost 1 kg. It mainly feeds on seeds, although it also eats fruits, insects and even some flowers at times. As they like to fly high, they are mainly found in the treetops, and they nest in high hollow trunks. One of their favorite trees is the kapok tree (ceiba).

In the wild, macaws often don’t reach more than 15 years of age, although they are known to reach 70 years and more.

However, not all is pretty, and the scarlet macaw has been victim to its great qualities. So much beauty, besides its intelligence allowing it to learn tricks and word, and imitate voices, made that many persons wanted to have them as pets and put them in cages. Fortunately, the world and our way of thinking has evolved, and today, in many countries – including Costa Rica – it is no longer allowed to have them in captivity.

In the year 1990, the species was almost extinct in the country. Now there is more hope again, thanks to protection programs that favor planting the preferred trees of these birds for their nesting, like kapok and javillo; environmental education in the villages to stop the theft of the little birds and hunting, and other actions such as the commitment to ecotourism, it was possible to increase the population of scarlet macaws in recent years. Still, many macaws that have been in captivity cannot be released again in the wild and remain in sanctuaries like the Naruwa Wildlife Sanctuary. 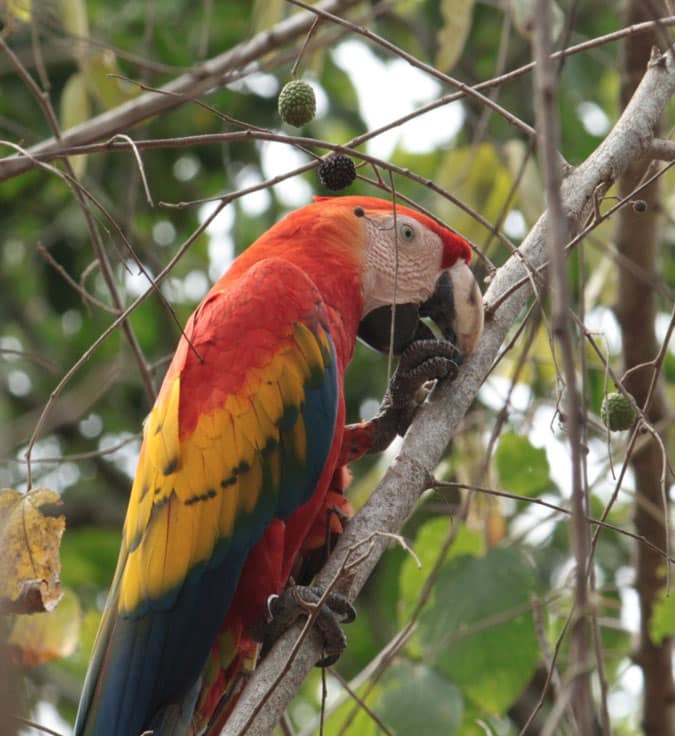 With all the above, it will be clear to you…. When we see the scarlet macaws soar through the skies here at Tango Mar, as if it’s the most normal thing; when we listen to them chatting away in the afternoon in the trees… we cannot help but feel an immense happiness and a great privilege to witness and see these birds with such beauty, such elegance and above all… in such freedom. 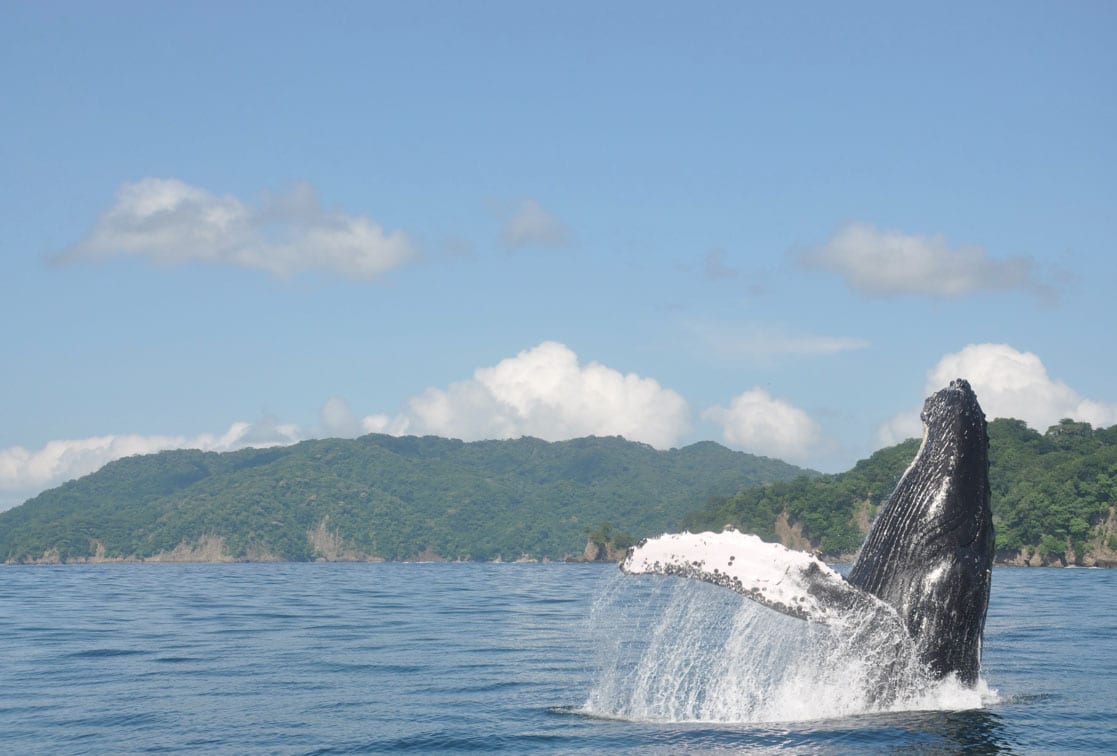 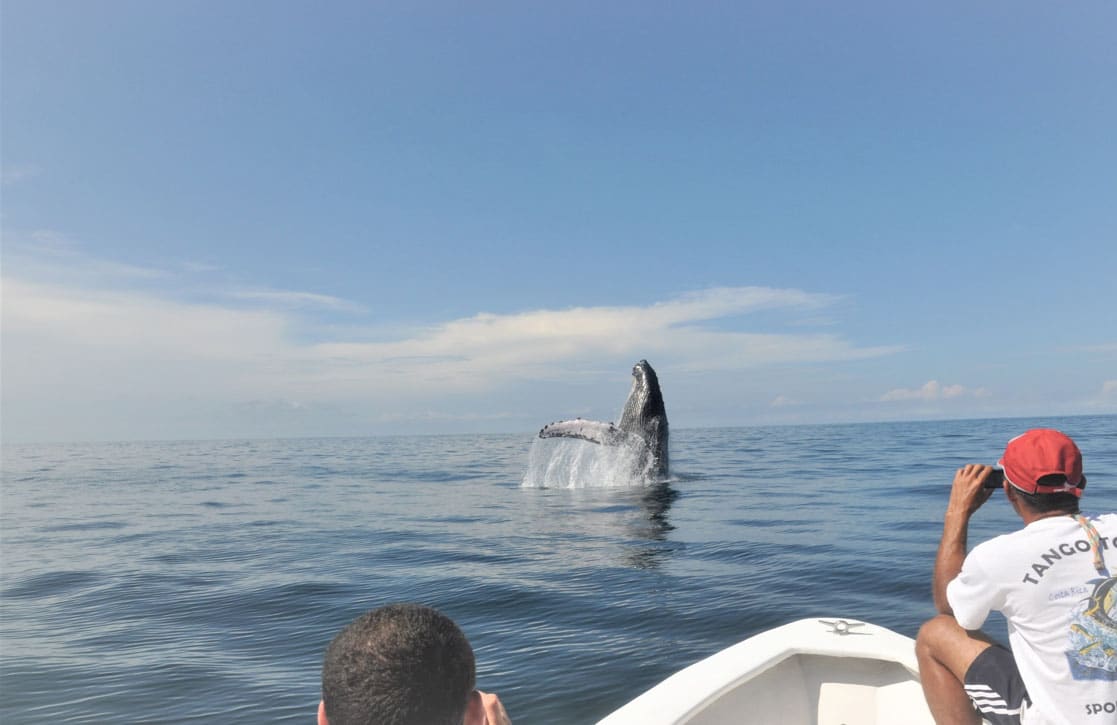